BILTONG 101: HOW TO MAKE YOUR OWN BILTONG AT HOME 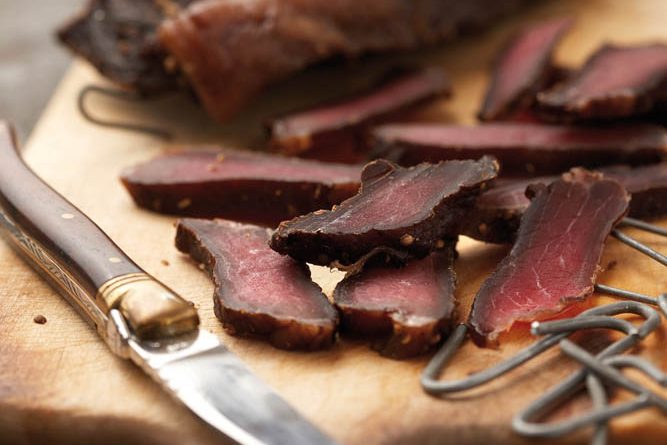 BILTONG 101: HOW TO MAKE YOUR OWN BILTONG AT HOME

Have you ever flirted with the idea of making your own biltong? Well, it’s not such a crazy idea. Follow our step-by-step guide and you’ll be an expert in no time!

THINGS TO CONSIDER BEFORE YOU BEGIN

In South Africa, biltong was originally made from game meats like springbok and kudu. Today, beef is the most commonly used meat to make this popular salty snack.

The cut you use is up to you. Some people believe the better the cut, the better the biltong, but I beg to differ: I think topside or silverside work just as well as more expensive cuts, and at a fraction of the cost.

Using a cut with a lot of fat can be trickier to dry, so if you’re a novice, stick to leaner cuts until you get the hang of it. The only rule you really need to follow is to cut the meat into strips along the grain, not across it. If you like your biltong moist, be generous and cut the strips on the thick side. The thicker the strips, the longer they will take to dry.

I believe in using quality salt – either pure sea salt or something like Himalayan pink salt. Not only is it better for your health, but it adds much deeper flavour, too.

Some folks swear by salting the meat first and then scraping off the excess before pickling the meat in the vinegar. I like to make a mix of the two – a kind of brine, if you will. I find it’s easier to control the saltiness this way, and you can then decide how long you want to leave the meat in the brine for, as this also affects the flavour of the end product.

The vinegar serves two purposes: firstly, it kills any harmful bacteria or mould that could be lurking on the surface of the meat (and which could potentially wreak havoc with your stash later on) and secondly, it adds flavour.

I like to use a mixture of red wine vinegar, Worcestershire sauce, a little bit of sugar (optional) and, sometimes, a tablespoon or two of spice. The next step is technically where the spices come in, but I sometimes like to add them at this stage, too.

You can also use balsamic vinegar (and then omit the sugar because it’s quite sweet), or apple cider or spirit vinegar.

The holy grail of biltong must surely be the coriander seeds – and lots of them! The rest is up to you. We sell a selection of biltong spices at Cape to Cairo, so if you’re a newbie and a little unsure of the mix, stock up on a few packets.

I highly recommend purchasing a biltong dryer. These consist of a box with bars and hooks to hang your meat on, and critically, a fan and light that help to dry the meat and prevent mould from growing. I have seen many a grown man weep at the sight of his well-coddled biltong covered in ominous green-grey fluff!

But, if you’re a bit of a gung-ho cowboy type, you could try setting up your biltong in a dry spot. Simply hang the strips on hooks made from paperclips and point a fan onto them. This will not only help the meat to dry, but it keeps the flies away, too.

Once your meat is dried, you need to find somewhere safe to store it (not only for protection from the elements, but from biltong thieves, too!).

In winter, or in tropical areas where there is a lot of moisture in the air, I recommend that you keep it in the fridge or freezer to prevent it from going mouldy, and then take it out as you need it. In summer months, an airtight container in a cool cupboard should suffice.

2.5 kg silverside or topside beef (or any other meat of your choice)

1. Prepare the beef: cut the meat into strips roughly 1.5cm to 2cm thick by 5cm wide.

Be sure to cut along the grain.
Each strip should be around 15cm to 25cm in length.

2. Mix the vinegar, Worcestershire sauce, sugar, and 2/3 of the salt and spice in a large, shallow glass or ceramic dish (a lasagne-sized roasting dish works well for this). Lay the strips in the brine and coat them well on all sides.I leave them for an hour or two, and then flip them over and leave for another few hours.
You can marinate them for up to 24 hours if you like a good, strong flavour.

3. Remove the meat strips from the marinade and roughly pat them dry with paper towel.
Don’t dry them too well, as you want some moisture for the spice to stick to.

4. Season the meat by rubbing the pepper, remaining salt and coriander on all sides until the meat is well crusted in spice.

6. Dry the meat for 3 to 4 days. It should be hard on the outside and a little bit moist on the inside.

Making your own biltong is actually very simple and also hugely rewarding.
Nothing quite beats the feeling of slicing into your own, homemade stick!

Here’s to your first batch. May the biltong gods smile upon you! 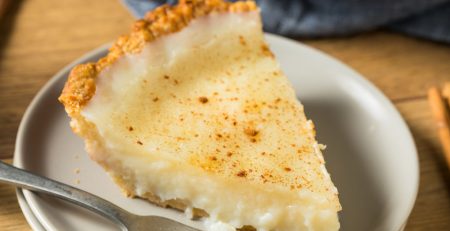 Recipes for milk tart are hotly debated. To bake or not to bake the filling? We like this version... Read More 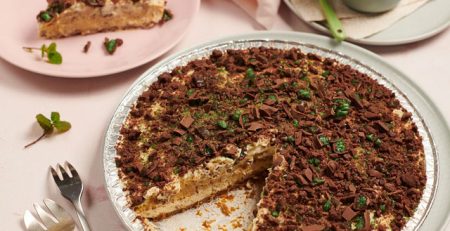 This iconic South African dessert needs no introduction! It’s the perfect end to a braai or a lovely addition... Read More 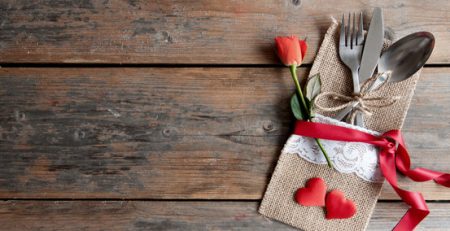 Happy Valentine’s day to all our old and new readers! Whether or not you’re a fan of this annual... Read More 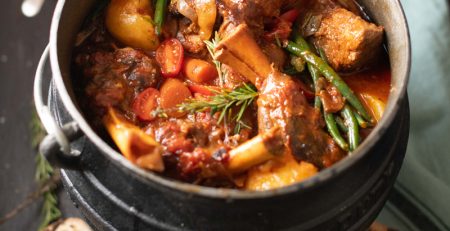 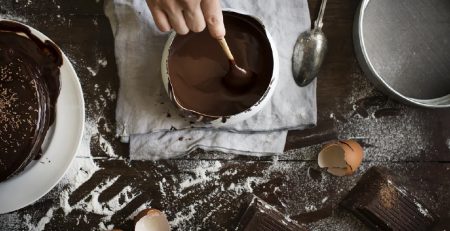 Chocolate makes everything better, right? And what could be more quintessentially Easter than a truckload of chocolate in any... Read More 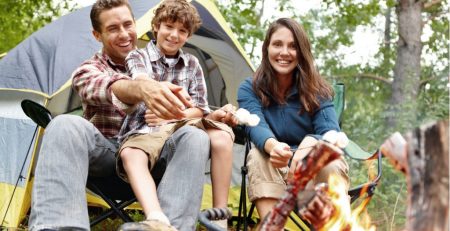 It’s that time of the year again to pack-up (all but the kitchen sink) and go wild!  Yes, it’s... Read More 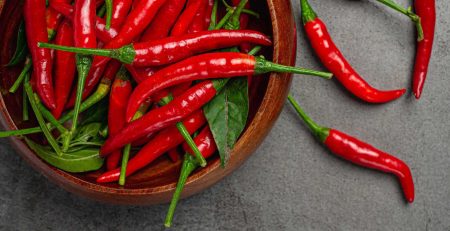 As the weather begins to cool down, it feels only right that we begin to think of cooler weather... Read More

Chocolate makes everything better, right? And what could be more quintessentially Easter than a truckload of chocolate in any... Read More 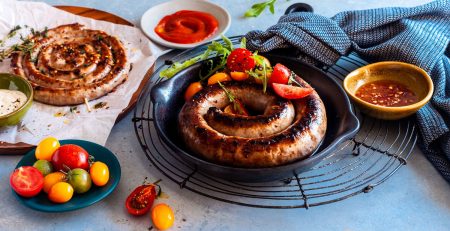 HOW TO BE A BOERIE BOSS

If you love eating boerewors and you’re keen on cooking and braaiing, we bet you’ve thought about making your... Read More

Recipes for milk tart are hotly debated. To bake or not to bake the filling? We like this version... Read More 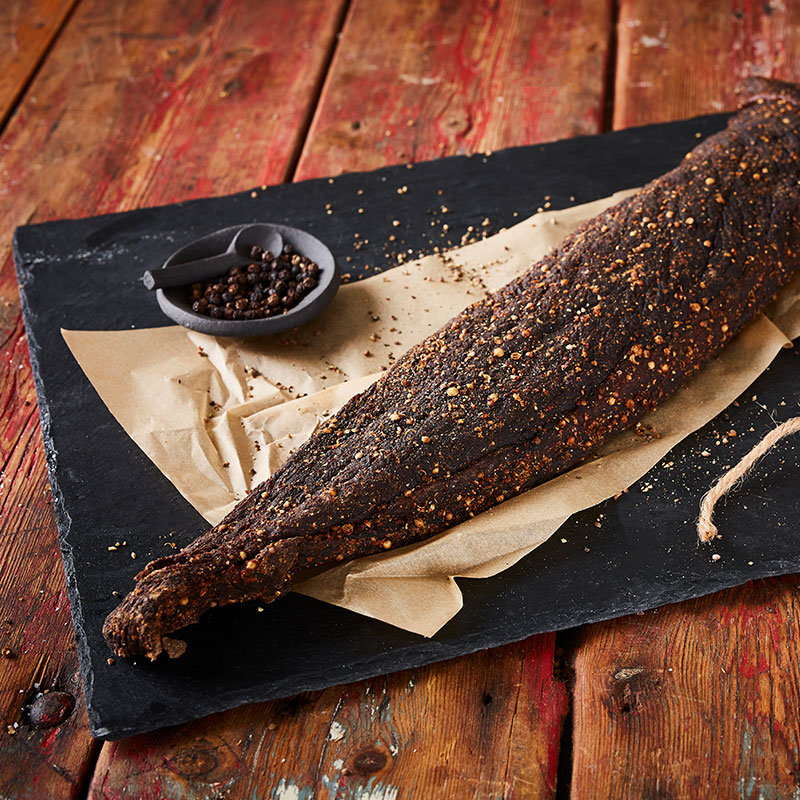 We do not share your personal details with anyone.
0